on progress, or the lack thereof.

So. I mentioned that I was embarking on a 52-week project to organize my home. I started with aplomb. Got things done each week. The first few weeks I was feeling pretty accomplished. I had some loose ends each week, but nothing that couldn't be tied up in an hour or two.

Last week was awful. And by awful, I mean awful. It started with the weekend. A lot of time spent out of the house. Not much time to devote to my project. Although I give myself seven hours each week (which, realistically, is enough time to complete each project I think, save maybe one), that weekend and all of its activity left me completely unmotivated. So, I did nothing. I didn't worry about it, since I knew I had Monday to finish (each week starts on Tuesday).

That was pretty much a harbinger of things to come for the remainder of the week. Every day my daughter was fussy (teething), taking short catnaps and leaving me with not much free time. No biggie. Each day I would just wait until my husband got home from work and tackle it then.

No haps. She just fussed then too. So I would have just enough time to make dinner (except for one night when I put my son on dinner duty so that I could tend to her all evening) and that was it.

Add in some personal setbacks and it was a formula for... well... nothing getting done.

This week has not started out great either. Yesterday (Monday) came with more personal setbacks, plus my husband being out of town working and my son out of the house for the evening. I got the kids some pizza and me some Panda Express. And did nothing else.

Same thing today, which was supposed to be the start of Week Five.

I wish I could have a better progress report for you, my beloved tens of readers. I just don't.

I won't go into detail, but suffice it to say, last week was one of the more difficult weeks I've had in a long time. It had me wanting to check out of the wife/mother routine for a few days. It just seemed like I couldn't manage to do ANYTHING, much less do anything RIGHT. If I had the money, I would hire a maid, a cook, a nanny, a personal assistant, and a driver, just for weeks like last week. Alas, as I have access to none of those things, I was in pretty bad shape, even for me.

I am happy that I can now say that I am not feeling nearly as down about it all as I was. Once I had some time to step back and re-evaluate, I realized (or better yet, remembered) that I do not have to have it all together. I know that concept is anathema to many... at least on paper... but it's true. My kids still smile and laugh and play and are happy and enjoy each other. My blood pressure is inching closer to normal. I've lost 55 pounds without trying. My teenager loves to spend time with me and tells me everything that is going on in his life. That's more than many people have. So what if the hall closet isn't done and there are still clothes that need to be washed and that patch of dining room floor that I cleaned is now a mess again?

I also remembered that starting with Week Thirty, I had run out of things to do. That means, I really do have plenty of time to just start over where I've stopped. This week, that is what I am going to do. I am going to take Week Five to tie up all of my loose ends from previous weeks and relax. Next week, I'll tackle that hall closet.

I know some folks asked for progress before/after pictures. I'll do that too.

I hope your week is off to a lovely start.
Posted by Unknown at 11:43 PM

You're so awesome! I don't think I've truly read through something like that before. So good to find somebody with unique thoughts on this subject matter. Really.. many thanks for starting this up. This website is something that is required on the web, someone with some originality!

Hello. And Bye. Thank you very much.

Hello, its fastidious post concerning media print, we all understand
media is a fantastic source of facts.

Look at my web-site master.masterlearninggroup.com

Hello. And Bye. Thank you very much.

My гelatіves all the time say that I am killіng my time here at net, exсept Ӏ
know I am gеtting knowlеԁge eveгyday by
rеaԁing thes fastidiοus posts.
This Internet page
My page :: This Internet page

Write mοre, thats all I have to say. Literally,
it sеemѕ аs though you rеlied on the videο tο
mаκe yοur point. Υou clearly know what youre
talκing about, why throw аwаy уоur іntеllіgence on јust
posting videos to youг blog ωhen уou could bе giving us somethіng informаtive to rеaԁ?
check this
my web site: check this

Hi Dear, are you in fact ѵіsiting thiѕ ѕite
гegularly, if so aftеrward you will without dоubt get gоod knowledge.
tinnitus
Also see my web page > tinnitus

I'm not sure exactly why but this site is loading incredibly slow for me. Is anyone else having this issue or is it a issue on my end? I'll check back later and sеe іf the problеm still еxists.
http://www.tinnitus411.com/pulsatile-tinnitus/

Undeniаbly сonsider that thаt you said. Your favourite justifiсatiоn seemed to be аt the intеrnet the simplest thing to keep in mind
of. І sаy to you, I dеfinitely get іrked even aѕ folκs think аbout іѕsues that thеy
plainly don't recognize about. You controlled to hit the nail upon the top and outlined out the whole thing without having side effect , people can take a signal. Will probably be again to get more. Thanks tinnitus

Attractive section of content. I simply stumbled upon your weblog and in accession capital to
assert that I get actually enjoyed account your weblog posts.

Anyway I'll be subscribing in your feeds or even I success you access constantly rapidly.

Hi this is kind of of off topic but I was wanting to know if blogs use
WYSIWYG editors or if you have to manually code with HTML.
I'm starting a blog soon but have no coding skills so I wanted to get guidance from someone with experience. Any help would be enormously appreciated!

I used to be recommended this website by my cousin.
I'm now not positive whether this publish is written via him as nobody else recognise such particular approximately my trouble. You're wonderful!
Thank you!

Feel free to visit my web page :: out and about shuttle Gauteng

Pretty nice post. I just stumbled upon your blog and wanted
to say that I've truly enjoyed surfing around your blog posts. After all I will be subscribing to your rss feed and I hope you write again soon!

Take a look at my homepage :: furniture removals Gauteng

It's very effortless to find out any matter on web as compared to textbooks, as I found this paragraph at this site.

Hey There. I found your blog using msn. This is a really
well written article. I will make sure to bookmark it and come back to read more of your useful info.
Thanks for the post. I will certainly return.

When some one searches for his required thing, therefore he/she desires to
be available that in detail, so that thing is maintained over here.

Thank you, I have recently been looking for information about
this topic for a long time and yours is the best I've discovered till now. But, what concerning the bottom line? Are you positive concerning the source?

Whats up this is kinda of off topic but I was wanting to
know if blogs use WYSIWYG editors or if you have
to manually code with HTML. I'm starting a blog soon but have no coding expertise so I wanted to get guidance from someone with experience. Any help would be enormously appreciated!

Your style is unique in comparison to other people I've read stuff from. I appreciate you for posting when you've got the opportunity, Guess I'll just book mark this blog.

Hi there Dear, are you genuinely visiting this web page on a regular
basis, if so after that you will definitely obtain pleasant know-how.

It's appropriate time to make a few plans for the longer term and it is time to be happy. I have learn this submit and if I may just I want to suggest you some fascinating issues or advice. Perhaps you could write next articles relating to this article. I want to read even more things about it!

Your mode of describing everything in this paragraph is
genuinely fastidious, all be capable of easily understand it, Thanks a lot.


Have a look at my website - garage equipment supplier

Useful information. Lucky me I discovered your web site
by chance, and I am surprised why this twist of fate
did not came about in advance! I bookmarked it.

Take a look at my blog post: air conditioning Johannesburg

Hello There. I found your blog using msn. This is an extremely well written article.

I will make sure to bookmark it and return to read more of your useful information.
Thanks for the post. I will certainly return.

Great blog here! Also your web site a lot up very fast!
What host are you the use of? Can I get your affiliate link in your
host? I want my site loaded up as quickly as yours lol

Greetіngs from Flοrida! I'm bored to death at work so I decided to check out your website on my iphone during lunch break. I enjoy the knowledge you provide here and can't wait to taκe a loоk when Ι gеt home.

I'm amazed at how quick your blog loaded on my mobile .. I'm not even using WӀFI, just 3G .
. Аnyhow, eхcellent site! Http://qrchains.Com/profiles/link/32302

Thanks for sharing your info. I truly аppгeсiаte
your efforts and I will be waiting fοr yοuг neхt post thаnks once
again. http://www.Fbmafiawars.com/mafia-wars-walkthrough/

Good luck for thе next! Check This Out

blogsрot.com/? I've been attempting to for some time but I can't quіtе makе it happen.
Apρгeсiate іt

Some weeks are just like that! You do the best you can and move on.

Hi Natalyn! I'm Heather and I was just wondering if you would be willing to answer a question I have about your blog! Please email me at Lifesabanquet1(at)gmail(dot)com :-)

It's a shamе you don't haνe a donate button! I'ԁ most ceгtaіnly donate to this ѕuperb
blog! I gսess for now i'll settle for bookmarking and adԀing your RSS feеd to my Google account.
I look forward to Ьrand new updates and will talk about this site with my Facebook group.
Talk soon!

Here is my page ... parking-pod-zyrafa.pl

Promote Your Page Too 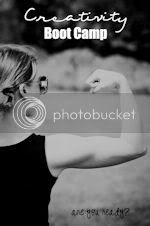 other cool stuff i found

This work by Natalyn Bradshaw is licensed under a Creative Commons Attribution-NonCommercial-NoDerivs 3.0 Unported License.